This release summary includes features added in updates 164 through 179 of the Episerver platform. Updates are cumulative, so the latest update always includes previous ones.

Expand the sections below to find out more about the new features for developers and end-users. 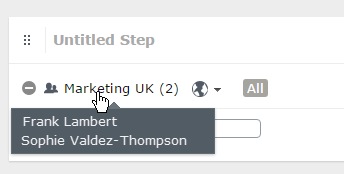 "Sticky view" means that the editor can select a view (for example, on-page edit or all properties view) and the selection stays when opening another content item. The sticky view functionality is enabled for every content item by default. For more details, see Describing content in the user interface and Grzegorz Wiecheć's blog post.

A new gadget, Archived Tests, was added to the A/B testing feature. The gadget displays all archived tests run on the currently displayed page. It can be added either to the navigation pane or the assets pane. 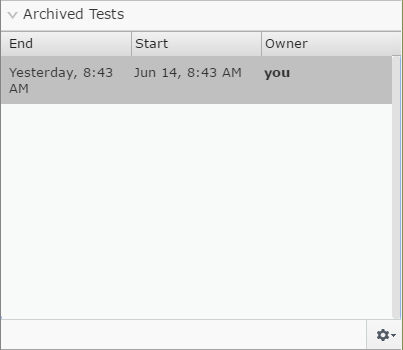 A number of APIs have been updated. See work item CMS-4675 for details.
The content approvals API was updated with group support. A new appSetting, episerver:ui:ApprovalStepRoleUserLimit, was introduced in the web.config file, which triggers a warning when an administrator adds a group larger than the defined value in the appSetting. It also limits the amount of notifications sent to the users in the group. See John-Philip Johansson's blog post and Configuring CMS user interface.
Shell modules have traditionally only supported WebForms views per default. As Razor views now are the default choice, it is easier to use Razor views by allowing module developers to select which View Engine that should be used for their module. View engine selection is done by changing the viewEngine attribute in the module.config file to Razor. Standard Razor configuration in web.config is still required. In addition, it is possible to opt out of any view engine registration by setting the module configuration to None.
KPI developers can create a client-side KPI and leverage all available KPI result types (Conversion Result, Financial Result and Value Result). Note: Support for these types already exists for server-side KPIs. See Key performance indicators.
Fixes how A/B testing works on sites with content & variants in multiple languages.

Find implementers can override phrase criteria in the Best Bets manager so they can create workarounds.

Merchandisers can sort items within a category. To sort, users
Alternatively, use the context menu options Move Up/Move Down.
A search box was added to the Campaign View to help you find campaigns or discounts. 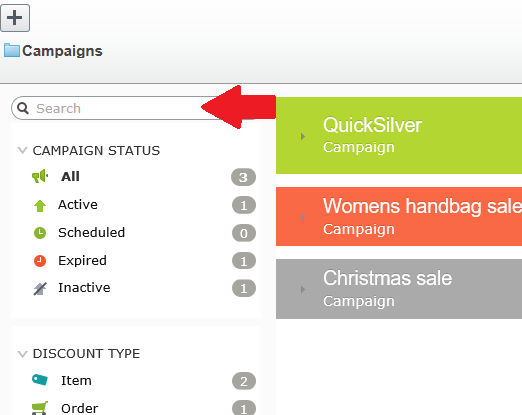 The default implementation of IPriceService automatically optimizes prices, so the lowest unit price for same market, currency and minimum quantity is selected. A merchandiser can now easily change the way to select which prices are saved without implementing the IPriceService interface.
The order system supports return order forms via the new order system API.
The catalog import was rewritten to reduce memory requirements and improve performance.
The relationship between nodes and entries had functional limitations, such as the ability to drag and drop to rearrange an entry within a category. This story resolves these limitations at the API level to support COM-13.
Since the new promotion system is now the preferred option, we want to encourage use of VNext activity flows. This story reverses the default status between VNext and non-VNext.
All projects now have .NET 4.5.2 as a minimum dependency.
The previous version of the IPaymentPlugin interface had incomplete support for redirecting payment providers, so it was very complicated to implement support for such providers. This has been improved with the ability to return a redirection URL from the ProcessPayment method.
Performance was enhanced, so a Quicksilver site can support a very large number of promotions. For example, if 1000 promotions are active, an AddToCart operation can be used with a <100ms response time.

A ContainsExpression has been added to the Episerver Social expression library. This allows a developer to define filters for social content, which match a specific value within a collection.
A Mean property has been added to the RatingStatistics class, which provides the mean rating value for target. This value is calculated as the sum of all ratings for the target divided by the total count of ratings for the target. Queries for RatingStatistics can also be sorted be sorted by this value.
The SocialAuthenticationException has been enhanced with supporting information to aid in the troubleshooting of any unexpected failure to authenticate with Episerver Social.
An OrExpression has been added to the Episerver Social expression library, providing access to a logical OR operator in the definition of filters for retrieving social content.
Internal enhancements improving performance when filtering for Composite social content.
If a field in an expression contains
A developer portal for provisioning trial instances of Episerver Social is now available: https://demo.social.episerver.net/.

You can export form submission data directly to the Excel XLSX format.

The ExactTarget connector supports form mapping to "All subscriber" list and data extensions. It also support mapping to data lists.
Upon submission of a form mapped to Marketo, a new lead is created. Also, if a campaign id is provided as a pre-defined, hidden field, Episerver associates that lead with a campaign.
Added support for the Pardot connector's mapping of form field to custom fields.
Implemented pagination into the call to get the metadata and list items from SharePoint. This fixes timeout issues and supports the transfer of more than 5000 SharePoint items.