Initially we assumed it was slow database/Episerver Find query performance, but after doing some profiling it appears the queries actually run quickly and most of the time appears to be in “external code”.

Specifically, it appears that most of the time is spent in the OWIN request handler code:

Has anyone experienced issues using OWIN in DXC? Is there special configuration or code changes needed? 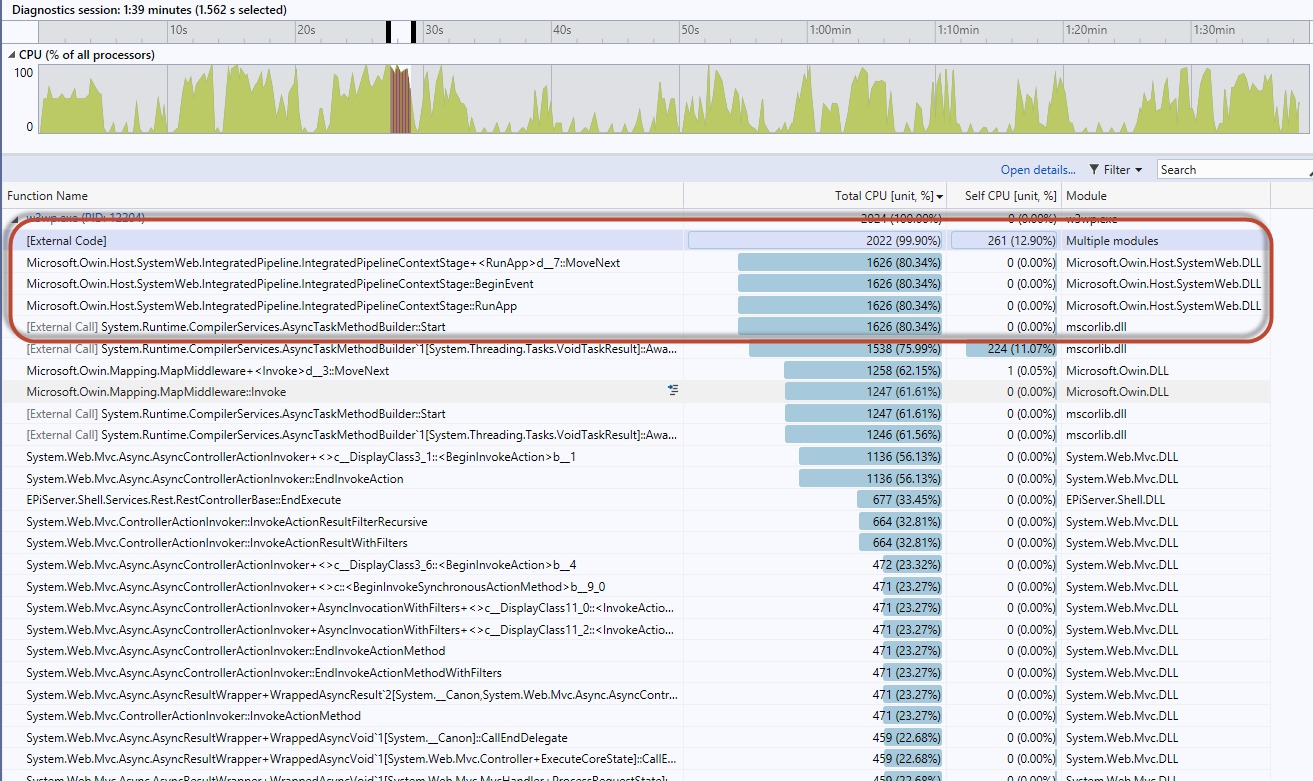 Hi Thang, did you manage to find the root cause of your issue?

Very late reply, but as Middleware, you'd be seeing Owin everywhere. Slow performance is, in most of the case, caused by something else underneath. You should reach out to developer support as an analysis of the profile traces is needed.