Strange problem in the editorial mode with text editor(Xhtmlstring) property

I have come across a very strange problem, some om my customer editors couldn’t change a text editor, they say that something have gone wrong because all of a sudden the text disappeared in edit mode. However, the text is still on the website) but they cannot get the text back when they are in the editor mode, this problem accoured once and not anymore.

Doese anyone have any Idea what may have caused it or hase anyone encountered anything like this problem before  ? 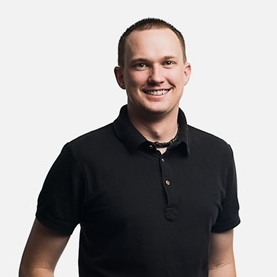 You'll need to provide some more information here. It sounds like the issue only lies within the editing experience, so it's good there's no data loss.

Has anything recently changed? Did you do an update to the platform, or a new release of the solution?

Are there any errors in the browser console?

Are you only seeing this issue with the XhtmlString property?

Do this affect only some of the editors?

Are they using a different browser than the others? Could this be caused by a browser add-on? Does it work in incognito mode?

Nothing has recently changes , we didn't update the platform either, we did have some releases of the soultion.

I think it was two editors who hade this problem once and they didnt look inte the browser console or took any images/videos, they tested it in both Firefox och Microsoft Edge, i don't think they tested it in incognito mode.

He/she just told us about it and it didn't happens again since then, I belive.

I told them to take some screen shoot the next time this happen igen.

The problem is still happening for one person and we got some more information from her.

She has the same error regardless of browser she uses.

She has the same versions of browsers as her colleagues but they do not have the same problem.

She ses the problem only on XhtmlString property.