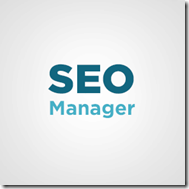 SEO manager is an official addon for EPiServer that has always been the easiest way to keep your precious page ranking, especially when moving from an old site to a new site. In this new version we have focused on performance,some more performance and architecture to later also add support for commerce sites

Highlights for the new version:

Let your editors be free to rename urls, move and restructure their sites without worrying about the SEO impact. Install SEO manager and let them worry about producing nice content instead...

mogul.com is now a parking lot domain that is up for sale

SendGrid is a services for sending email that is included in Optimizely DXP. Previously smtp.episerver.net was the recommended SMTP server to use,...

Since Optimizely CMS can now be deployed as a Docker container, here is a demonstration of building, running and scaling an Optimizely CMS 12 site ...

How to use CacheTagHelper with content areas in Optimizely CMS 12