Changes to the EPiServer CMS Globalization

When I got back from parental leave about a year and ago back I took on some bugs that had to do with the globalization functionality in EPiServer CMS. While trying to reproduce the bugs and testing around some I found out that there were quite a few glitches, mostly in the UI, when getting into more advanced language settings. There was also some uncertainty how the language settings should be treated for different use cases. To remedy this we worked on clarifying the specifications for the multi language functionality. This resulted in some changes that are now ready to be released in the EPiServer CMS 6 R2 release.

The page language settings UI has gotten a layout and textual update to clarify the different settings. First of all, there are new headings to separate the “available language”-setting that only affects editors from the “replacement/fallback”-language settings that affects the site visitors. Here is a screen shot of the UI in EPiServer CMS 6 R2: 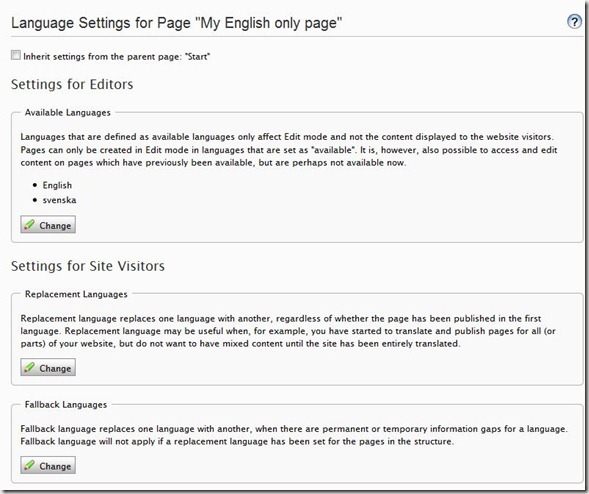 Edit panel has gotten some fixes and new functionality. First of all, there is informational messages when a page has language settings which affects the appearance of the page on the web site. This includes: 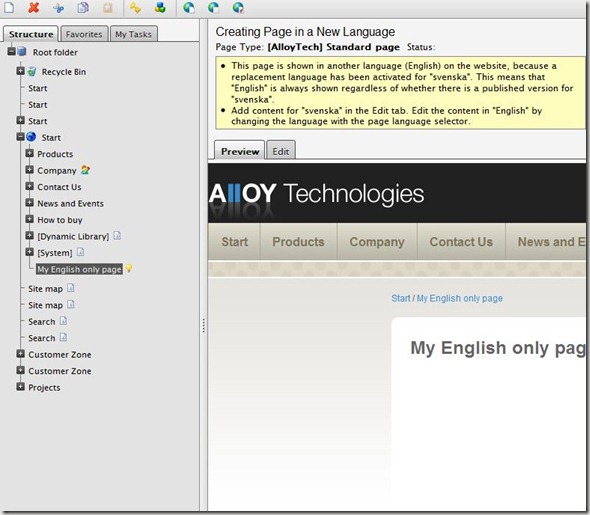 This behavior is implemented in the InitializeCulture method in EPiServer.PageBase. To turn this off you can either turn of the CultureSupport.OptionFlag in your page constructor or override the method for your page.

This rocks!! Thank you