ImageResizer with EPiFocalPoint - images without focal point not cropping correctly

I am using EPiServer version 11.14.1.0, with the ImageResizing module installed alongside EPiFocalPoint (both the latest versions). We're experiencing an issue where when we attempt to crop images with a querystring (e.g. ?mode=crop&width=1280&height=720), that the crop result differs when the image has a focal point set and when it doesn't have a focal point set. This is the case for all images we upload.

Has anyone else experienced this issue before? And if so, are there any known solutions? I want the two results to be consistent with one another. The result of this not being the case is that e.g. sliders on several pages are displaying images in different heights when some have focal points set and others do not. Obviously, we would prefer the images to always have the height we set in the querystring, without having to resort to forcing this in CSS. 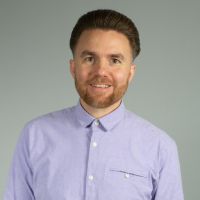 Does anyone have any ideas on this? Any help would be much appreciated. 🙂

Hi, does this happen regardless of where you put focal point?

I'm going to give this one last try, any more thoughts from anyone? Sorry for bumping the thread again.

I was going to look at this later this week. But there is always a chance for you to spin off source code for the plugins and help hammering out the bugs! :)

Checking again to see if valdis (or anyone else) might have some leads on why this bug is occurring? We'd be grateful for any help on this.