I've run into some unexpected behaviour with my EPi Server CMS 8.0.0.

The thing is that when I try to get children for a specific page. The children are not returned unless they have been loaded previously. I can load the children in edit mode by expanding the parent node or by debugging and getting a child, using the Immediate Window.

If I expand the children of the page in edit mode once, they are returned in step 2 above. After recycling the AppPool the problem appears again.

Have any of you seen this?
Any ideas on how to solve it?

Site is protected by forms authentication. I have access to the pages (admin). The pages are published. It is a multi-lingual site.

This code is executed in the context of an System.Web.Http.ApiController. The requested language is passed as a query parameter. Could it be that the current culture is not set correctly?

Is this problem isolated to ApiControllers? Do you experience the same problem if you run the code from a page template? 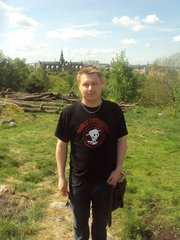 This seems to be related to the same problem discussed here http://world.episerver.com/Modules/Forum/Pages/Thread.aspx?id=118482

Alf: Thanks for your help! Yes, unfortunately it behaves the same way inside a PageController.

Andreas: Thanks for that link! Upgrading to 8.11.0 solved it!