Wierd Self referencing loop on PropertyData

When indexing my episerver 7 site using the EPiServer CMS integration job, I have started getting the error message below. Indexing using the same scheduelled job hav worked previosly.

Since its complaining about an internal proerty of a page im a bit baffeled on what may have caused this. I tried excluding the Parent property on PropertyLongString in my conventions just to see what happened but then it just had the same error on the next property in PropertyData.

Any ideas on what may have caused this?

Hi,
This error is a little bit misleading as it comes from the fact that you have deleted a content type (code) that is still present in the database. Please make sure that you delete all database items when removing the code for the specific type. 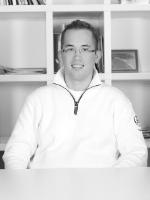 We use a shared database in our development enviroment and a colleague had added a block and then removed it without removing it from the database. Indexing worked again when removing the block type.

A better error message would be great if its possible since I think this is bound to happen again when developing with a shared database.

Thanks for the help.

There will be a more descriptive error message...