Emil Cardell opened my eyes to a Distributed Version Control System called Mercurial. Its really awesome!
Mercurial (or HG in abbreviation) is an open-source DVCS. Everything in this blog post is downloadable for free.
A competitor to HG is Git.

Yes, of course, you are kind of brain damaged by TFS and SubVersion so perhaps its hard to try something else ;-) But I will get you some keys why you should.

Note! Read the following guide to get a introduced to HG: http://hginit.com/.

The base site for Mercurial is http://mercurial.selenic.com/ and you could get education via http://hgbook.red-bean.com/ but…
I suggest that you skip the links and go directly to the main tool for Windows, TortoiseHG. It will install the Mercurial base system to your computer and wont force you into cryptic commands. 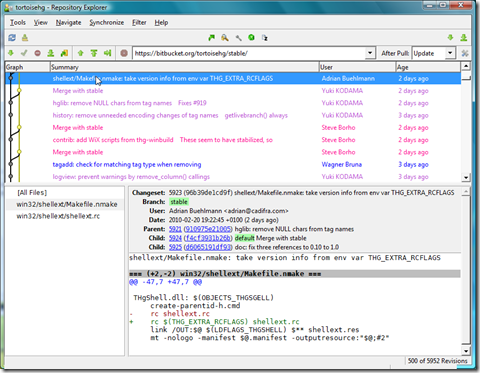 TortoiseHG works similar to Tortoise for SubVersion with Explorer integration. Its possible to get a plugin to VS with http://sharesource.org/project/visualhg/. 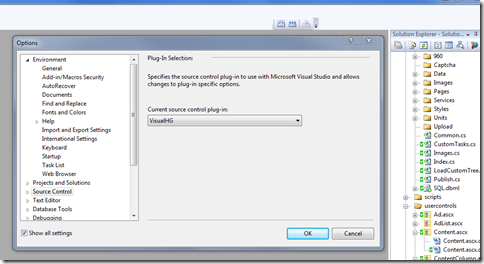 Your project is file based and HG only save files. You create a repository in your explorer and starts adding files to it. When you are done coding you commit your changes to the code base. When its time to share your changes you make a synchronization to a clone of the code base repository. You could choose a hosted repository or just make a file copy if you want to. My first HG-project used DropBox to share the common repository and it worked just fine. 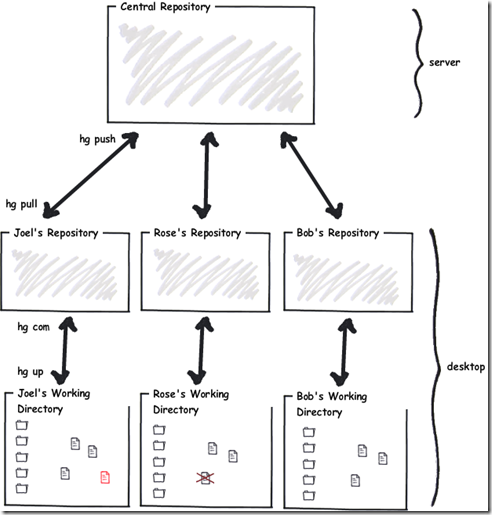 After a while you get conflicts between your and your colleges changes and the changesets needs to be merged. With TortoiseHG you get a visual map over resent changes. 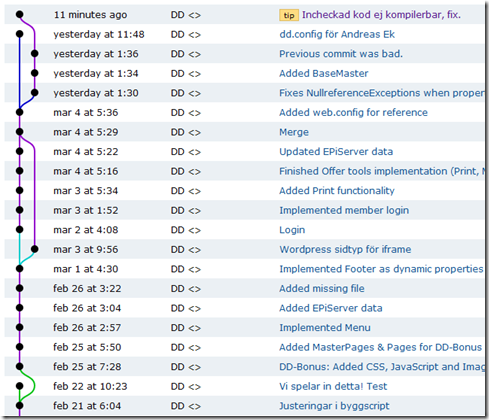 In this case its really easy but the graphical view gives you an advantage.

The conflicts is solved automatically or by hand with a text-diff-tool included. Don’t you worry, you will make it!

This is why you should consider HG:

It would be nice to hear your opinion!