In the next release of CMS UI (version 11.14.0), we will be releasing what I believe is a long awaited feature, comments for content. Up until now it has only been possible to comment on content in the project overview, which requires the content to be part of a project. With the new update, users will be able to comment on any content from edit mode so they can see the content at the same time as they are commenting.

There is a new button added to the menu in edit mode which allows users to toggle the comments pane.

When toggled on, the comments pane will appear next to the content being edited and it will display all comments and activities for the current version of the content.

And as with comments in projects, it is possible to tag other users in the comment but using the @username syntax. 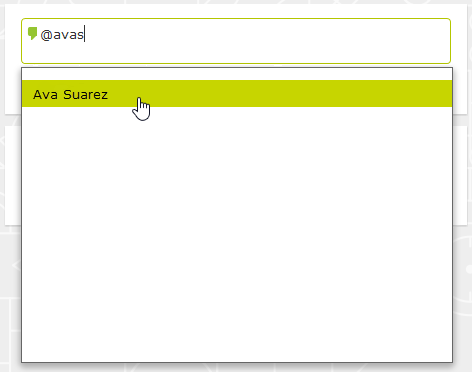 In this first version, the comments pane will only show activities and comment for the current version. This means that if a new draft is created, for example, then the comment associated with the published version will not be displayed. It is possible to see the draft for other version by using the version gadget.

This obviously has advantages and disadvantages depending on the workflow of the editor. We hope to iterate on this and in a future version add the possibility for users to filter comments for all versions or just the current version.

It's somewhat similar to the functionality we tried to introduce with the Content Collaboration add-on some years ago, but it never caught on (I guess because it was an add-on, it was hard to install). But I can definitely see a need for this as an out-of-the-box feature.

Can you share an example of how you work with comments programmatically?

veri nais! sorry for dumb question (haven't played with user mentions in projects) bit what happens when I mention someone? will user receive some email or anything?

i am not a ux wizard, but would be benefical to see comment's timestamp (preferably humanized),possi possib to sort, etc.

are comments culture specific (meaning for each language version separate list of comments)?

API (as Allan mentioned) would be interesting to see as well.

Had a quick look myself and have some initial responses :)

bit what happens when I mention someone? will user receive some email or anything? -- it looks to use the same notification system as projects so users would get up a pop up notification in the UI and also a summary email (sent by a sheduled job so its possible to configure the interval).

are comments culture specific (meaning for each language version separate list of comments)? -- seems they are yes

API (as Allan mentioned) would be interesting to see as well -- at first glance the classes look internal but will continue to investigate to see if there any public endpoints for extension...

Regarding the API, we have not added anything new for this feature. It is built on top of the activities API that has existed in CMS core since v9.5.0, see EPiServer.DataAbstraction.Activities

Regarding tagged users, they will get a notification in the UI on the bell icon in the top right. I don't believe we send emails for these notification at this point but it is probably in the backlog.

Would also be nice if you can see which version of the content that was commented. Another feature request, make a comment mandatory when the content is published, much like a GIT commit message. We have clients that need to document every change to content.