Today I installed live monitor on a CMS 6 site with PageTypeBuilder, PageTypeIcons and alot of other cool stuff. After following the installation I ran into the issue of “Failed to load root node”. This was also the issue that Kvart ran into when he installed live monitor. Libardo gave me the tip of using fiddler to see where it actually went wrong. Fiddler told me that it found the correct startpageid which was my startpage. But it could not find the page it self. My bindings of the site was setup to be “* :17020” which meant I could use the computers name and 17020 to access the site. I changed it so that the the binding was jacobkhan-imac and put that url in the web.config as stated by the instructions on world and there we have it.

In other words it could not find the site since I put in an ambigous url in web.config 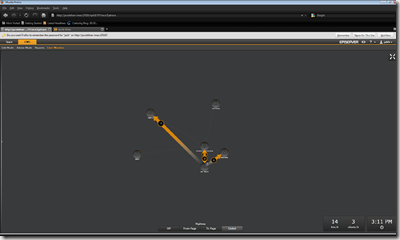 Hi Jacob, I'm aware that this is an old post but I'm getting the exact same error but i cant fix it.
I've set "www.mydnsname.se" in both episerverframework.config and in web.config but still no luck.
I'm running on windows 2008 r2 64bit.

Hi, I'm in the same boat as Joakim above. If anyone has any ideas other than specifying baseAddressPrefixFilters please do let me know!

Hi - does anyone manage to get this working .I am facing similar issue , have set the correct end point addresses but it seems to stuck in loading clientaccesspolicy / cross domain xml files.

Live monitor works fine when I access the site direct with IP address where it is bind to but while accessing with site URL which comes through a load-balaner it fails.
Any ideas ?