At Episerver we are using continuous releases and we follow semantic versioning. That means that we release features and bugfixes continuously. A major release indicates that there is breaking change compared to the previous version. The main breaking change we have introduced in CMS 11 is that we have separated our packages in "core" runtime packages and packages dependent on specific technologies. Some of the new packages are:

The main purpose is to achieve a better separation of concern. One goal was to have a core runtime that is not dependent to be executed in a specific environment like ASP.NET but instead can be setup in for example an integration test.

The .NET Standard is a formal specification of .NET APIs that are intended to be available on all .NET implementations. The specification is maintained by .NET implementors, specifically Microsoft (includes .NET Framework, .NET Core and Mono) and Unity. The idea is that a library that is compliant with NET standard can be consumed and executed on all environments where .NET is supported (a.k.a. cross-platform library).

Previous to CMS 11 all Episerver CMS packages (e.g. EPiServer.Framework, EPiServer.CMS.Core) where dependent on assemblies only available on .NET Framework and could hence only execute on environments where .NET Framework is installed.

An overview of the packages are shown below: 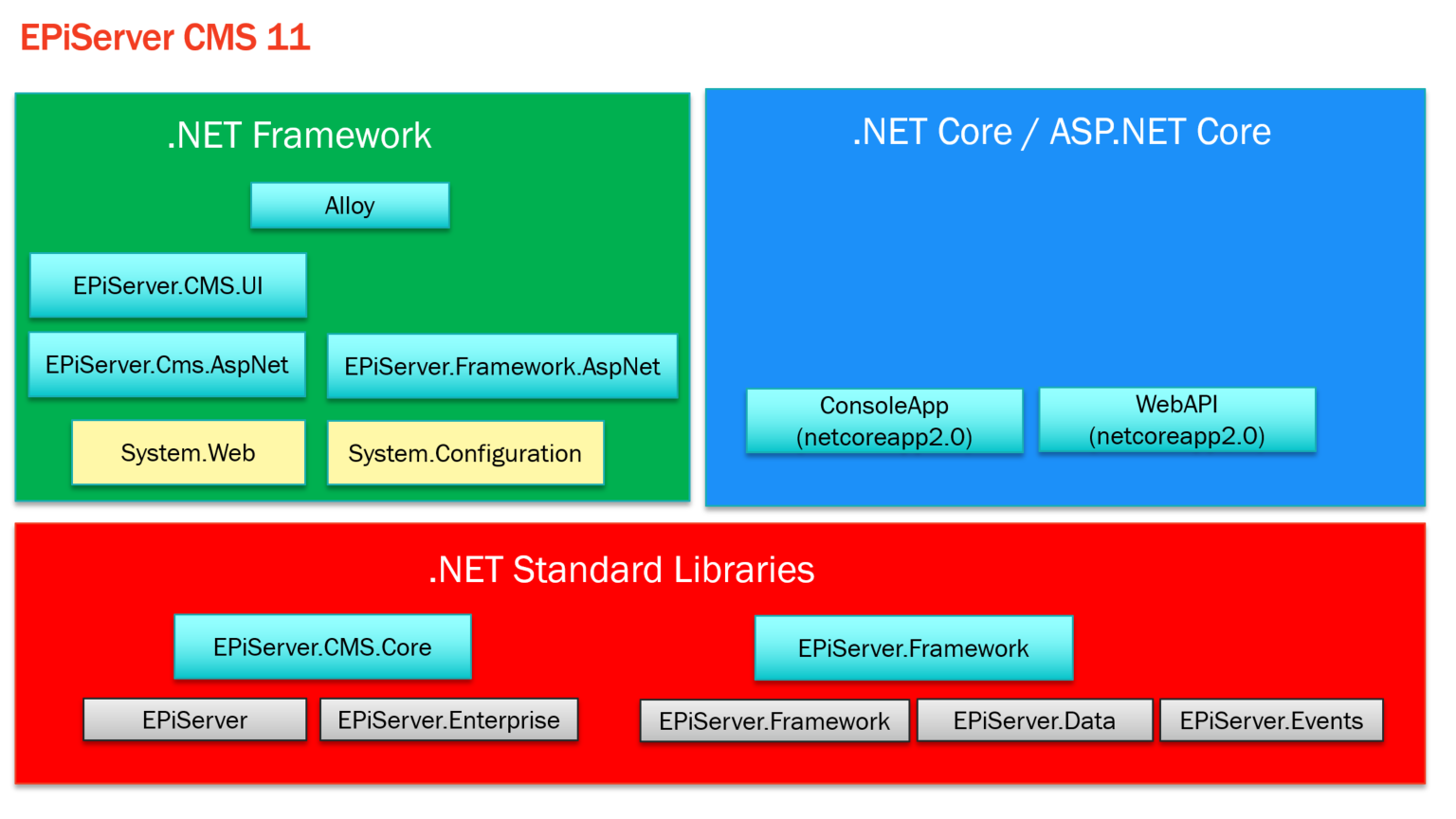 The existing applications today that are ASP.NET application will require the EPiServer.CMS.AspNet package (supporting both WebForms and MVC 5) and will execute on ASP.NET on .NET Framework. However the separation of packages also opens up for example for integration tests (that do not require ASP.NET) and also since core packages are now .NET Standard compliant it is also possible to build other types of applications (e.g. Console application or Web API) based on .Net Core.

We aim to release a package that will assist with setting up CMS runtime in an ASP.NET Core application within a near future. This package will for example contain an implementation of our IOC abstraction based on the default dependency injection implementation in .Net Core.