This release summary includes features added in updates 128 through 137 of the Episerver platform. CMS has released a Beta release of the new Content Approvals functionality. The new Episerver Social platform is released, together with A/B Testing (Beta), including the possibility to set KPIs for desired visitor actions. For Commerce, you can now edit inventory information from the Catalog user interface.

Note: Updates are cumulative, so the latest update includes previous ones.

This is the first Beta release of the Content Approvals feature, which is a way to make sure that content is reviewed and approved before it is published. When an editor has finished working on a content item, the item is set to Ready for Review. One or more appointed reviewers must then approve the content item before it can be published. The reviewers are defined by an administrator in an approval sequence: 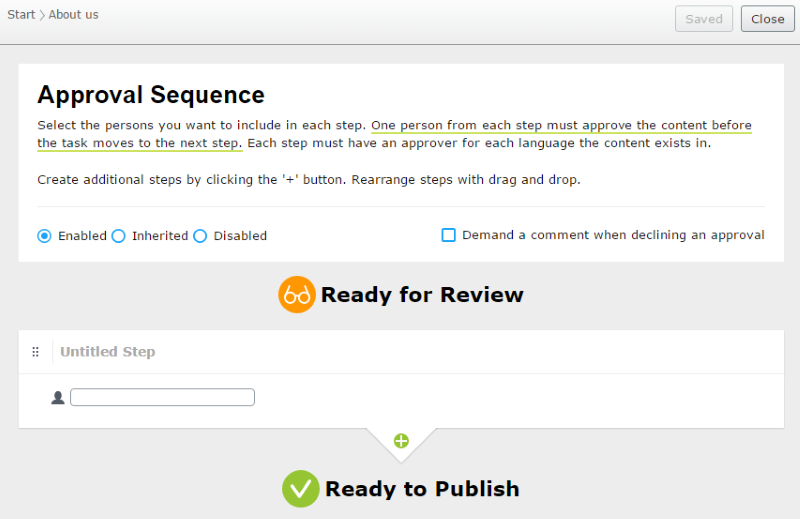 See the documentation in the the Episerver User Guide for details.

A/B testing of website content (Beta)
The Episerver A/B Testing feature lets you compare two versions of a page or a block to decide which one is the most succesful in terms of conversions. See A/B Testing in the Episerver user guide.

Records when a website visitor performs a desired action. Can be used with Episerver A/B Testing or any other package that relies on creating instance-based goal objects. See Key performance indicators (KPIs).

CMS 10 was released with a set of API changes. These changes include improvements to events, property handling, and some existing methods, see Breaking changes for more details.

Completed set of predefined discounts now available in the new Marketing view. For a description of out-of-the-box discounts and how to apply them to campaigns, see Built-in discounts in the Episerver user guide. 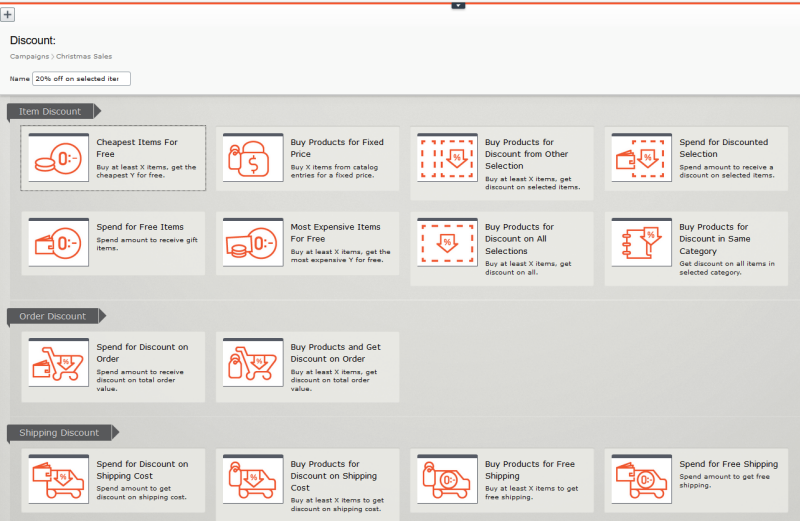 You can now edit inventory fields directly from the Catalog view, instead of having to switch to Commerce Manager to do this. See Catalog entry properties in the Episerver user guide.

The Episerver Commerce sample site/reference architecture has been updated to use the new promotion system, together with support for CMS 10 and Commerce 10. See Quicksilver on Github.

Go to top of page