As described in Patric Lams blog post I tried installing Foundation based on Net 5.

In the Net 5 branch I was not helped much by the installation notes in Readme file, due to lacking version of NodeJs and more. So for this I used the develop branch instead. MUCH BETTER !  :)

After juggling with the NodeJs versions a bit (using Node Version Manager) I found out that the 14.17.3 worked fine. Version 16.x.x have me conflict issues with webpack and node-sass, among other thing.

However I'm stuck in setup not being able to log in as the current user in my local database server.  I use Windows Auth and has set up the Security policy as instructed in the installation notes.

The issue looks like its related to build.ps1 file not being signed.  I've set the permission for usergroup Users for the entire folder and set this through powershell

Any thoughts what it could be? 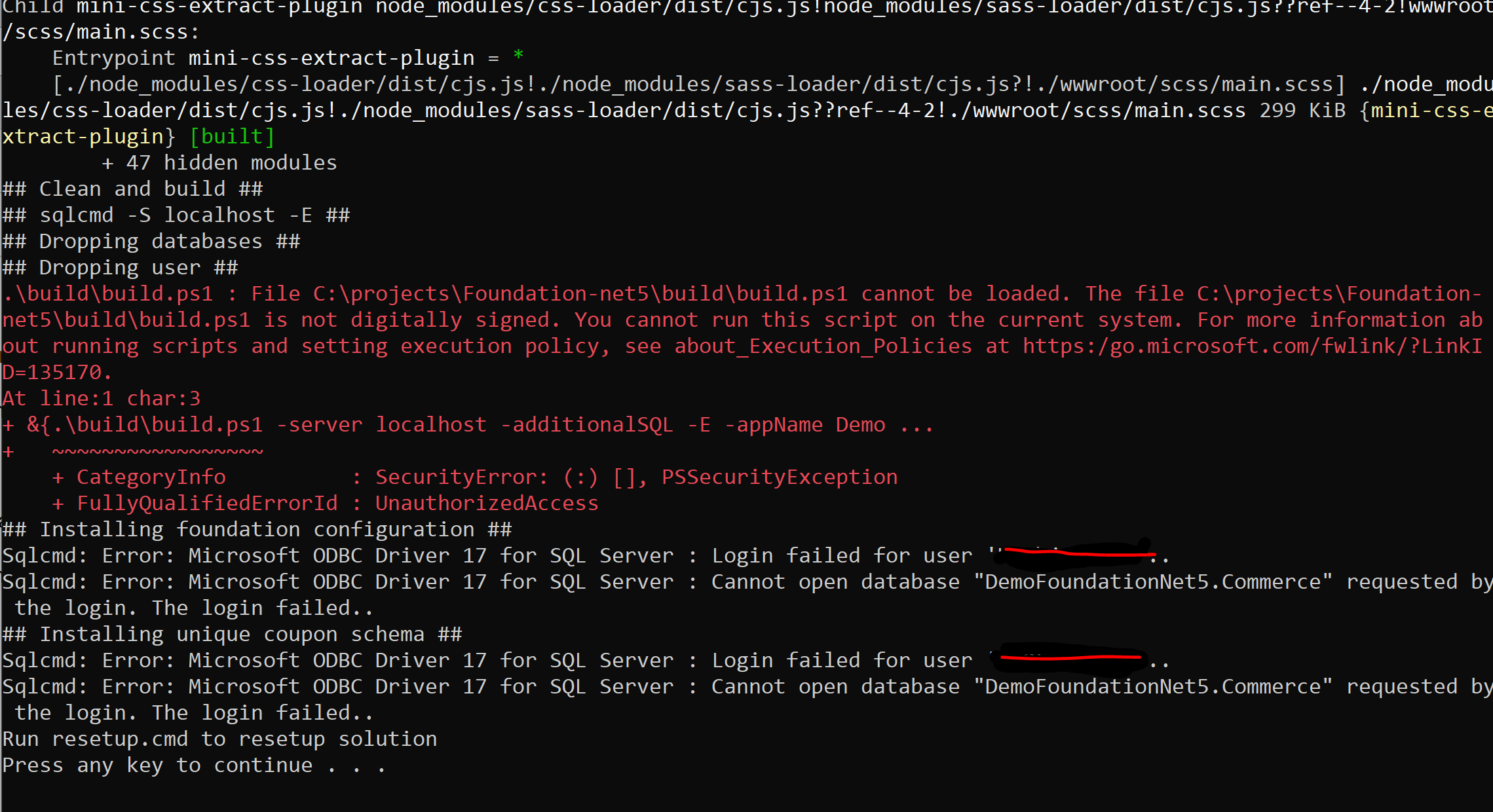 I would suggest to run

in administration mode, just to see how it works