The Composer Edit on Page is reachable but when we view it the only trace of the Toolbox is three static tabs: Library, Administration and Versions.

Anyone has any idea on what could be wrong? Javascript collisions? Wrong access rights? Failed upgrade?

Often it's css or jquery collisions. Just as a quick check: try to remove all your jquery/js and css and see if the toolboox loads.

thought i would brief you on the progress. The toolbar show up as it should, almost, with 3 alternatives "Library|Administrate|Versions" but there is some concearns about jquery or scripts which might not run properly. In our case we cant find any error reported in Firebug or any where else. The toolbar shows but nothing happens when we click on the tabs and when we look at the css for that div it says that its hidden when it should show a winow bar with drag ability. but its just laying there as dead in the water...

The only thing that we noticed is that composer likes 1.3.2 jquery and we are using the same version for other features so it really shouldnt be any conflicts. So what we need to know is :

1. which script loads the toolbar?

2. which script should handle the onclick event for the buttons

3. which script should handle the ondrag event for the toolbar ?

4. What is needed to be registred in webb.config in order for composer to work. (upon installation we had to manually add some things, so if we missed anything it would be appriciated to get some kind list)

this might help us in the right direction and is the most probable cause for our little missfortune...

After a couple of runs and editing jscripts the toolbox appears as it should. The only problem now is that :

1. We cant import composer template. The functions are imported but when it comes to the page we get server error 500.

2. Nothing happens when we click Content blocks/Layout blocks/Global blocks in the composer toolbox. The Clipboard expands and hides as is should, the Administration has the same problem(as expected though), versions is working as it should aswell... 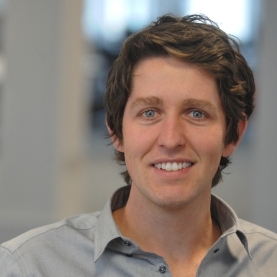 Hi Nicklas, how did you solve this in the end?

We edited composers jscript and css files and our own css file since there were conflicts between them. If you got the same problem i sugest you should do as Mari said. And if that doesnt work run episerver in firefox with firebug to see if there are css conflicts.

I just wanted to add that we experienced some CSS/JS conflicts with composer 4.1 ourselves. The problem was caused due to having multiple form elements on the page. A better description as well as a temporary solution is described here: http://world.episerver.com/Modules/Forum/Pages/Thread.aspx?id=56361&epslanguage=en