Microsoft Windows Server 2008 R2, now available as a Release Candidate, builds on the same kernel as Windows 7 and offers an updated web server dubbed IIS 7.5. We have not found any compatibility issues with EPiServer CMS 5 R2 yet, but we haven't done our full regression testing yet either.

Windows Server 2008 R2 is 64-bit only so if you haven’t made the switch from 32-bit yet you really should. We are running Windows Vista 64-bit on all our development machines at EPiServer and will be moving to Windows 7 64-bit later this year.

Since the client, Windows 7, offers greatly improved performance characteristics; should we expect the same for the (web-)server ?

I did a quick performance test by comparing Windows Server 2008 and Windows Server 2008 R2 on a dual quad-core server (having the database on a separate server). I used EPiServer CMS 5.2.375.213 (internal build) and load tested a few templates in CMS using Visual Studio 2008 Team Test.

I see no difference in performance with Windows Server 2008 R2 in this very simplistic test, its one percent slower but that is within the margin of error. I guess we will learn more in the coming months if there are more performance gains under the hood. 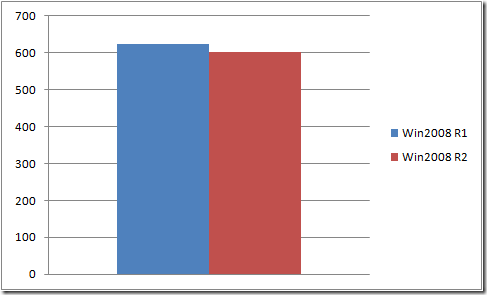 No known problems, its officially supported.
/ Per Bjurström