The update applies to Episerver projects version 7.5 and higher, and contains finalized work items included in the latest iteration. Continuous release updates are cumulative to include previous updates. Episerver supports all platform updates and strongly recommends that you keep ongoing projects up-to-date. You can install the updates from the Episerver NuGet feed.

Main packages
This release information lists updated main package versions for the Episerver platform. When a release is built, other dependent packages also may be bumped to new versions, although they contain no publicly visible changes. This is done to avoid dependency errors. When you upgrade, NuGet alerts you to upgrade related packages to the required versions. For Commerce, it is important to ensure that you are running the same version of CMS and Commerce, both in the front-end and back-end applications.

A/B testing lets you test two versions of a page or block on a website, and then measure the number of conversions made from each version. The version currently in the lead is marked with flame icon. When you know which version is the most successful, you can publish that version. 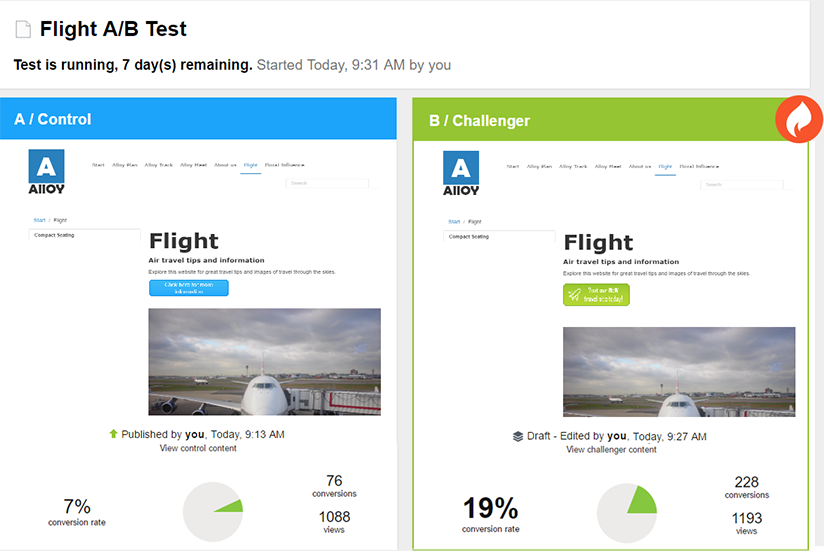