This release summary includes features added in updates 155 through 163 of the Episerver platform. Updates are cumulative, so the latest update always includes previous ones.

Expand the sections below to find out more about the new features for developers and end-users.

When setting up an approval sequence, administrators can now require approvers to add a comment when approving and/or declining an approval step. 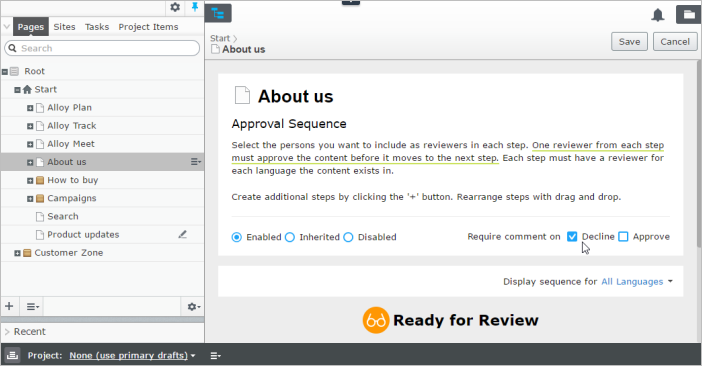 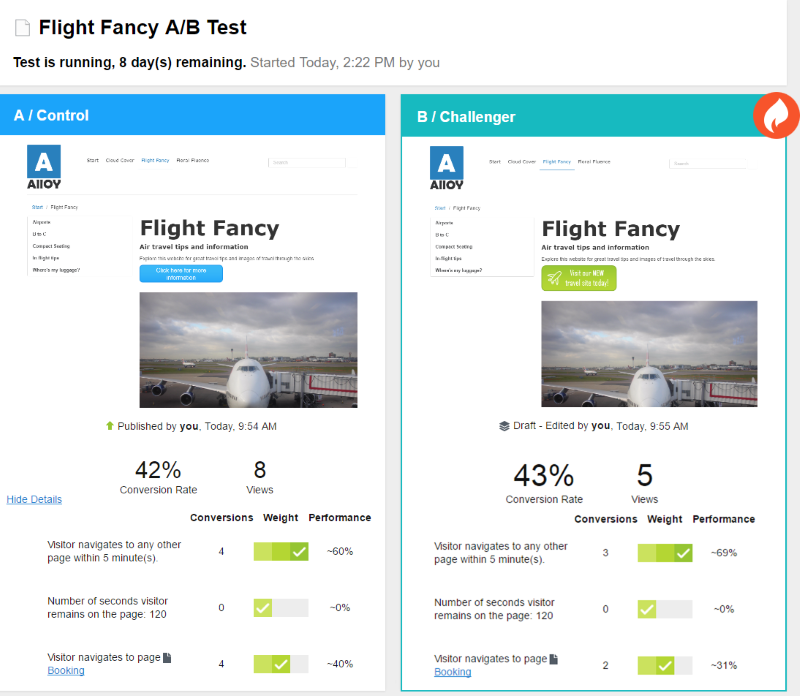 See the Episerver User Guide.
The A/B testing feature has been localized to the same languages as the CMS user interface. 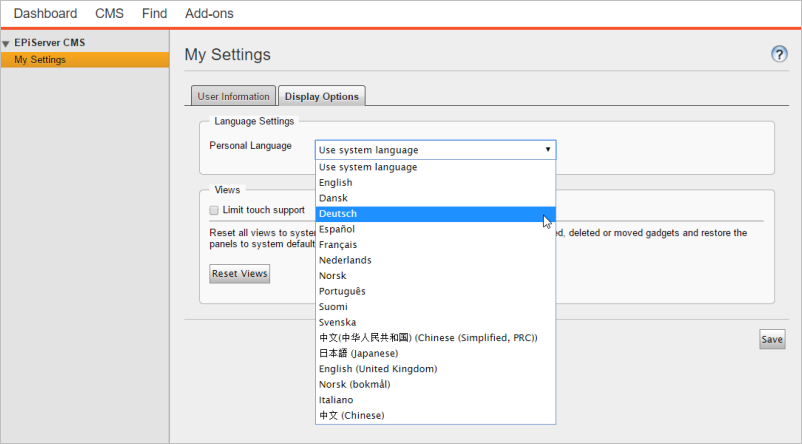 Introducing a framework for creating, injecting, executing, and converting Javascript-based KPIs to use in A/B tests and beyond. See the CMS Developer Guide.
The Change Log API is deprecated so the use of it has been removed. The Change Log admin page has been moved to Tools and got a minor update. See the CMS Developer Guide.
Activities are now archived to a separate table in the database. This allow them to be retained for an extended time period without directly affecting the performance of other system features using activities. See the CMS Developer Guide.
Options for requiring comments on approve/decline have been added to the ApprovalDefinition class. Option is validated when approving or declining content using the API. If not set, an exception is thrown. Other minor API improvements: Approver has been renamed to Reviewer, and performance optimization has been done to the query API. Beta flag was also removed from Content Approval; see this blog post.
If the IIS stops or is recycled when a job is running, the scheduler runs the job on the next scheduled time by default. A restartable job is started again to make sure it can run to completion (assuming the job can continue where it was stopped). The job can restart on any available instance/server. See the CMS Developer Guide.
Previously these had strong dependencies, making it difficult to upgrade StructureMap and ASP.NET among other things. This is the first step towards separating some of the CMS Core APIs from StructureMap and ASP.NET at the class/interface level. Future steps include moving those dependencies to separate NuGet packages.

The Campaign view now displays the number of orders and redemptions for each campaign and discount, providing instant feedback about the performance of a campaign and associated discounts. 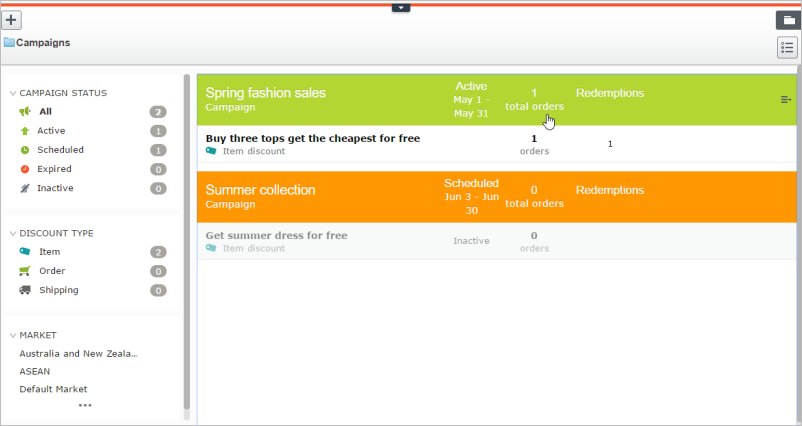 New API for enabling default recommendations settings. This API is also used in the Quicksilver reference site. See the Commerce Developer Guide.
If a visitor clicks on a recommended product, a click tracking request is sent to the Recommendation System (RS). This is similar to product tracking request, but it contains information about the click (RecommendationId) which improves recommendation results. See the Commerce Developer Guide.
Updates to payment providers PayPal, DIBS, and DataCash to support the abstraction API and the SerializableCart functionality. New UI tests for Quicksilver have been added. See this blog post, and the Commerce Developer Guide topics PayPal installation and configuration, DIBS installation and configuration, and DataCash installation and configuration.
International Resource Identifier (IRI) support has been added to Commerce. As a result, many non-standard characters are now supported in the Name in URL and SEO URL fields, in a similar fashion as for CMS. See the CMS Developer Guide.

This change introduces Composites for rating statistics, which allow applications to extend the rating statistics with additional custom details and data. See this blog post and Extending rating with composites in the Social Developer Guide for more information.

It is now possible to sort form submissions, to make it easier to navigate large amounts of submissions. See the Episerver User Guide.

New WorkingModeService service class determines whether the Forms add-on is working in non-js mode. Default implementation returns a setting from Forms.config. You can override the IsWorkingInNonJSMode method to decide when Forms should work in non-js mode. See the Forms Developer Guide.
Data attributes are now used for binding of buttons and for functionality processing. CSS classes are used for form styling only and not functionality. See the Forms Developer Guide.

This license model supports environments where MAC-addresses are not static, for example, Azure Web Apps. Unbound licenses are not supported. See Avensia Storefront.