When working with multiple languages, it is possible to filter the gadgets to only show content in the currently selected language.
CMS UI 10.4.0 introduces a feature that will persist those settings so that the user does not have to manually set them after each page reload.
This feature is released as a response to user requests that we have received on different occasions, for example this feature request: Setting for default value on 'Show content in all languages' in the edit mode page tree.

It is possible to set that setting in the navigation pane, Versions gadget and Blocks gadget as shown in the screenshot below: 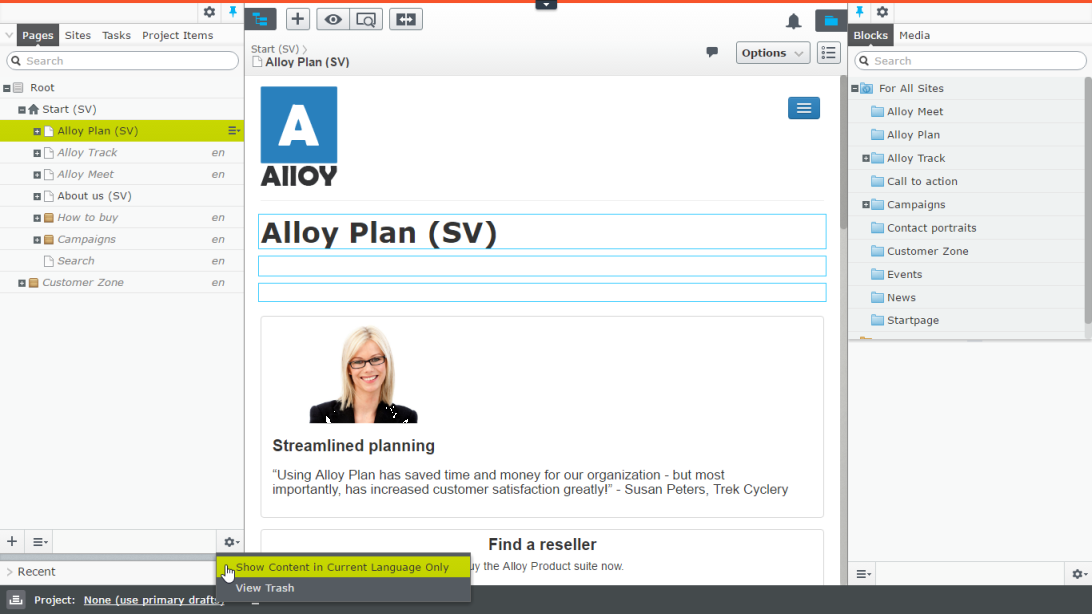 The screenshot shows items that have already been translated to the current language, as well as items in the master language that have not been translated yet (marked with italic font).
After enabling Show Content in Current Language Only, the list would be filtered to only show the items that were explicitly created in the current language (in this case, it would be Swedish). 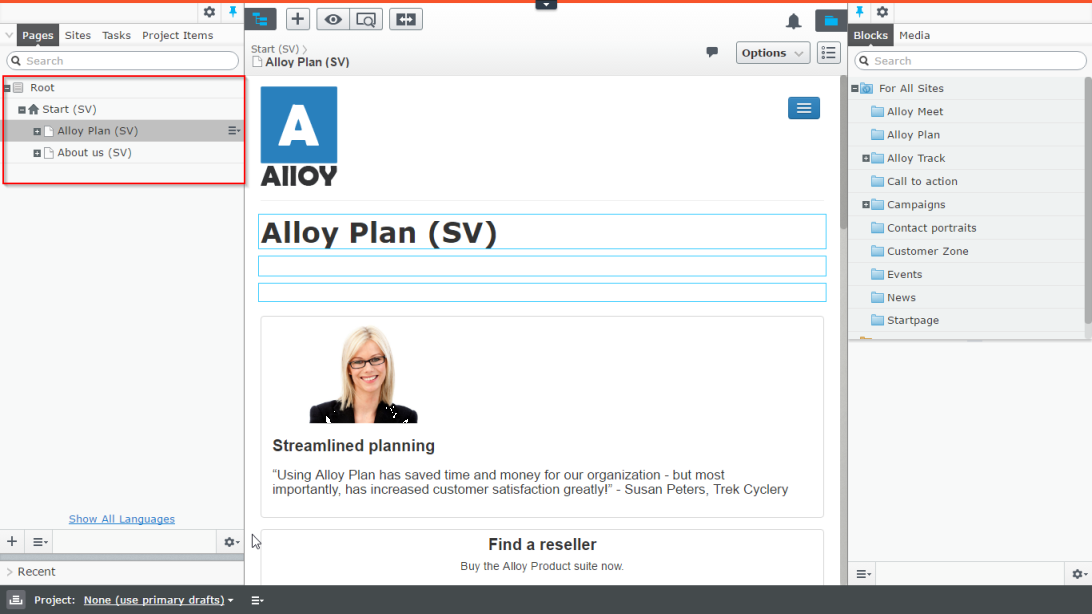 The improvement here is that the selection persists across page reloads. So, the editor can now switch between the view mode and edit mode without the need to enable that setting again.
There is also an additional link that resets the list back to the default option. The link is added to the bottom of each gadget. 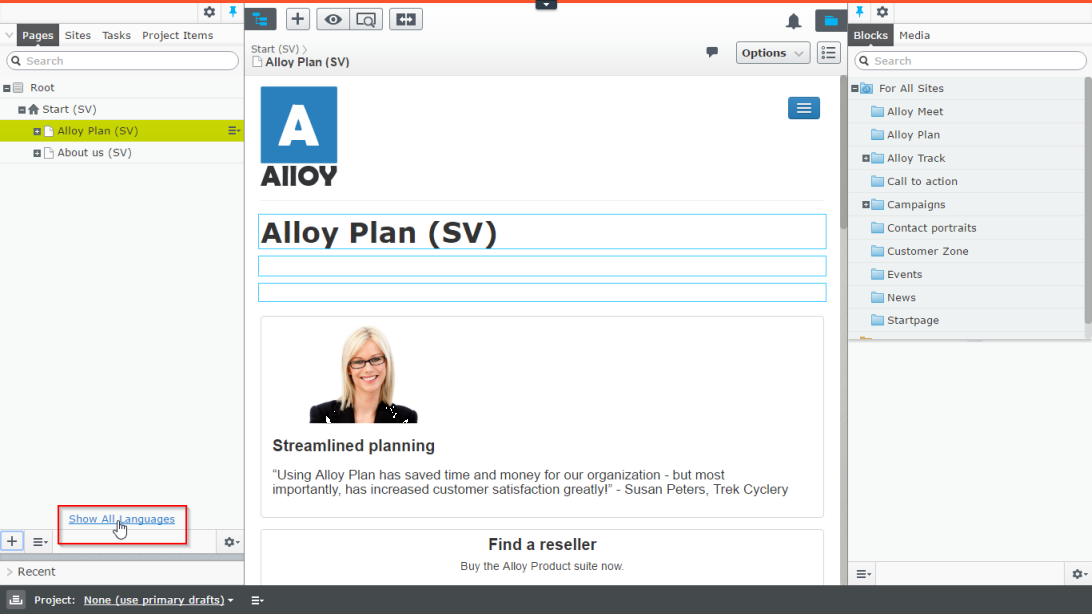 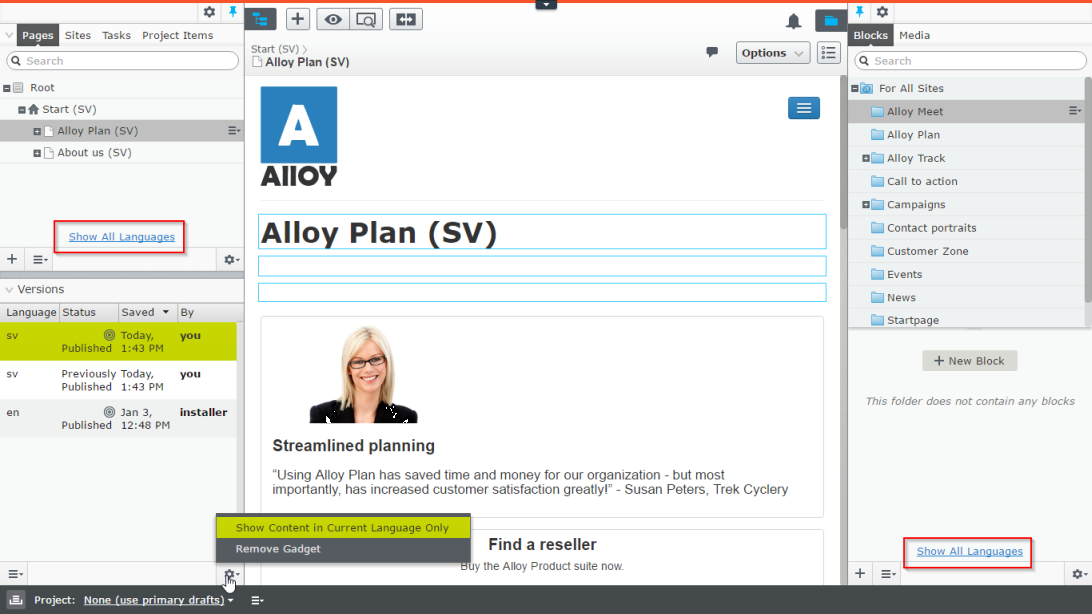 Additionally, the setting is separate per gadget instance so you can add two instances of the Versions gadget and configure one of them to only show the current language while the other will continue to show all languages: 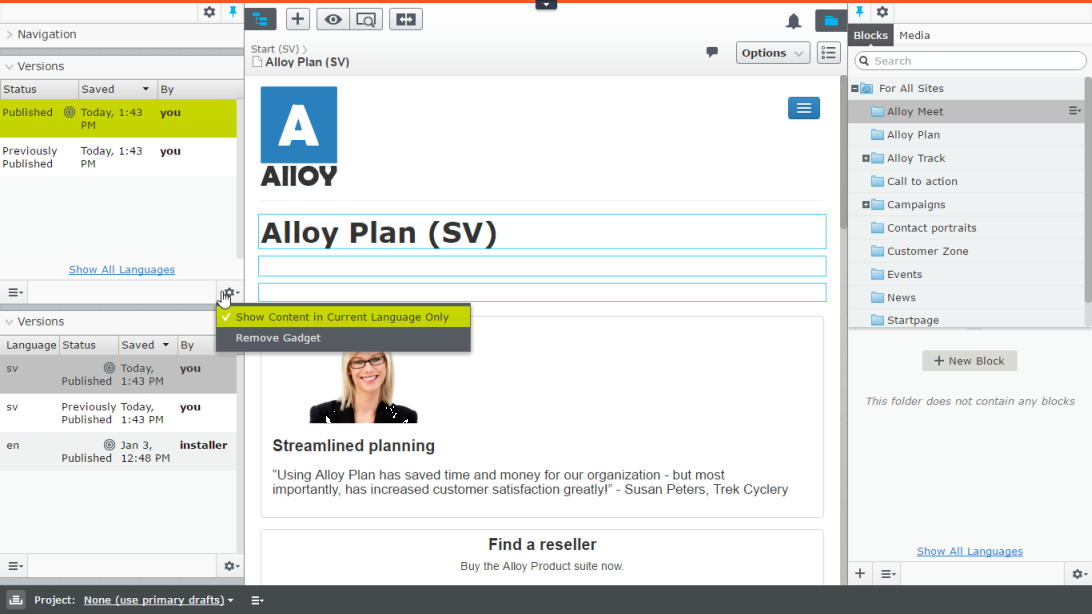 The settings are stored in the local browser storage.