Is it possible to run scheduled jobs only on weekdays and skip weekends?

Is it possible to run scheduled jobs only on weekdays and skip weekends? So far, I don't see any setting that would allow that. Here's one way I can think of the schedule : 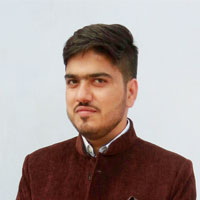 This is not a out of the box feature. But of course you can do some customization.

Is this a custom Scheduled Job? If yes, you can do something like this

If that is not a customization, I am afraid there is a way to override that or not.

Thanks for the suggestion. However, won't this still run the job first to check the day condition and then stop it on weekends, without going any further?

I guess if there is no other solution, this could be tried.

Making small adjustments to Praful's code, I would:

It will start the job, but quit before actual work is done. Return a status describing that the job did not run, and why. That message will be available in the history tab.

If that does not fit your needs, you could possibly use IScheduledJobRepository to modify ScheduledJob.NextExecution, or even fiddle with the values in the database table tblScheduledItem directly. I would not recommend that, If you can get by with simply jumping out of the job on the weekends.

Is the scheduled job that you referring to is an inbuild schedule job or it is a custom schedule job?

Building on what Ravindra said, if you want a solution which works for all jobs including the inbuilt ones you'll need to do something which controls the execution of the scheduled jobs. Rather than take the approach of having one job which is responsible for running the other jobs, I'd suggest having a job which periodically checks the scheduling of the other jobs and, if one is scheduled to run on the weekend, modify the next execution date to the following Monday like this:

Thanks for the solutions everyone!

if you want to switch off only certain jobs at weekends then you'd probably be best adding in an appsetting to the web.config with a comma separated list of the job names (or GUIDs if you know them). You could then check that list as you loop through the jobs in the Execute method like this:

If you're only wanting to switch off jobs you have source code access to though, the answer you've accepted is your best option. This scheduled job would only be required if you need to block the execution of inbuilt scheduled jobs or ones you've added via nuget etc.

I just added customization to allow editors to control the day(s) to skip the execution of job on specific day(s).

Thanks to @Paul for inspiration.

If you want this change to apply to every job, you could override SchedulerService which has some virtual methods. For example, GetNextScheduledJob() could just return null if you're on the "wrong" day.

#210962
Edited, Dec 13, 2019 14:05
chennaiescortgirl - Sep 02, 2022 14:05
At the point when individuals from different nations return below they 'd all points taken into consideration while not a vulnerability may truly require to have a connect with them from our on-line call girl firm and also we are added connected with the place than they're, its all undefined with specialists/women.

https://www.codella.biz/chennai-escorts/
This topic was created over six months ago and has been resolved. If you have a similar question, please create a new topic and refer to this one.