Hello, I am currently having an issue with the IProfileMigrator I have implemented. It seems that no methods get called in this when I am migrating carts. I have implemented the IProfileMigrator because we have some custom logic needed for line items that have custom meta properties. (the default logic collapses them into a single line item when those meta properties are supposed to be unique) It seems that it only calls the base logic from

The dev I am working with set the lifecycle as such but I am not sure that is correct.

And its even more apparent in the initializable module where we have it added as a singleton.

Any insight as to why my profile migrators logic does not get called when the anonymous user logs in? I am out of ideas as to why its not being intercepted. 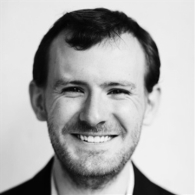 Is there any way to force this to intercept and prevent the default migration from ProfileModule from being run? This issue is intermittent and it is making it incredibly difficult to track down

What could be the possible reasons for the IProfileMigrator to not be called sometimes?

You would need this in web.config

As it's the registration of the module, which itself will call to IProfileMigrator.

The lifecycle is a bit complicated in this case (http modules/static), so I will need to check. it might be that we did something wrong ...