I just tried updating to the R2 of CMS6 and though the site runs and works fine I get some compilation errors in Visual Studio. One problem is that SecurityEnitityType seems to be gone from EPiServer.Security. Any ideas on where to find it?

The other problem gives me this error message:

Some types have moved from various assemblies into EPiServer.Framework. The version of EPiServer.Framework you are referencing is old which could explain both errors. Check if the option specific version is set on the reference in the project, change it to false. If it doesn't help, check where you are referencing the assembly from. It could be the bin folder, the folder under program files, tha GAC or some dependency folder you have created yourself. You might have to remove the reference and add it again with from a location with the correct version.

The reason it works on in the web site is because deployment center adds assembly redirects in web.config to force it to use the new version (which is probably loaded from the GAC).

On a side note, I myself, and I think many others, usually keep the EPiServer assemblies in a separate folder in the project or a solution folder which is under source control together with the project (don't check in the bin folder itself). The references are pointing to this folder. That way the dependencies are always there even if they are missing from GAC, the bin folder is cleared etc. Personally I often find myself editing the .csproj file manually (right click and unload in the source control explorer, then right click again and edit) so that the references only contain the assembly name (not the guid, version or architechture unless that is needed). I don't know if it matters but it feels good to have "clean" references whose version is determined by what I keep in the dependency folder.

I'm sorry for the five month late reply but the upgrade got degraded on the ToDo-list. I'm about to give it another try now but I'm afraid I'm not completely on track with what it is that you recomend me to try in the previous post.

To start out with the reference, just what am I suppose to do here? I'm pretty lost when it comes to web.config, where I suppose this reference is to be added. Right? 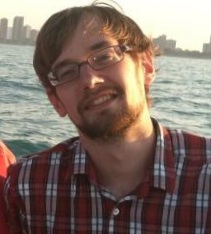 You shouldn't need to touch the web.config. The upgrade process will upgrade it for you, updating the references and so on. What you will need to do it to make sure you are refering to the correct version of the dlls in your project. Like Magnus said, be sure to uncheck "specific version" on the reference.