EPiServer Developers in Stockholm Meet and Exchange Ideas and Experiences

On May 12 around 40 EPiServer developers met in Stockholm for a useful and fun evening together. The developers represented several partner companies and a couple of end-customers. The initiator of this developer meeting is Fredrik Haglund, senior developer at Inexor AB, and EMVP (EPiServer Most Valued Professional).

We asked Fredrik what the purpose of the meeting was.

"We wanted to meet other developers and listen to their experiences concerning EPiServer development and Web Site development in general. This initiative is not only limited to one meeting, we want to create a network of developers in the Stockholm area that can share knowledge over time."

Is this something you plan to continue and arrange other meetings in the future?

"Yes definitely! This was a very positive and rewarding meeting and we will hopefully arrange another meeting before summer. We want to see this network of developers as totally detached from EPiServer AB. We want to be an open network and maybe be able to give feedback and opinions to the development teams at EPiServer AB, when it comes to features and technology."

At EPiServer AB we certainly welcome these kinds of initiatives and hope to hear from other developers who are starting up their own local networks and meetings in real life.

More information about upcoming meetings for the Developers in Stockholm can be found at the Web site:

(The Web site is in Swedish) 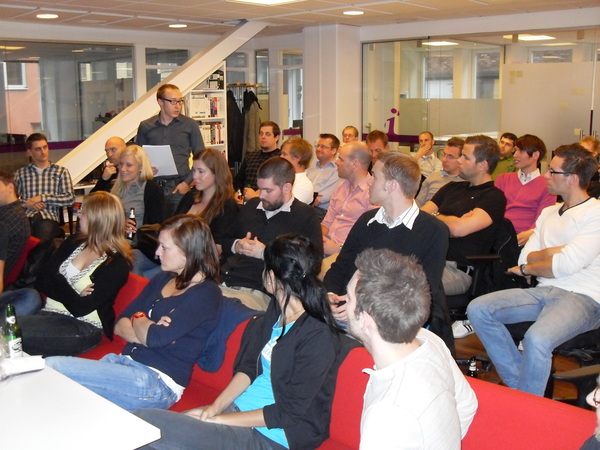