Symbols published for products in the R2 wave 2011

The debugging symbols for the second release of EPiServer CMS, Community, Mail, Composer and Commerce have now been published on http://symbols.episerver.com/.

Let me show you how to set up a few common debuggers to automatically download symbols from our store.

Open up the Tools menu, and select Options… In the dialog that appears, open “Debugging” and select Symbols. Here, enter our symbol server location and a local directory for the symbol cache. 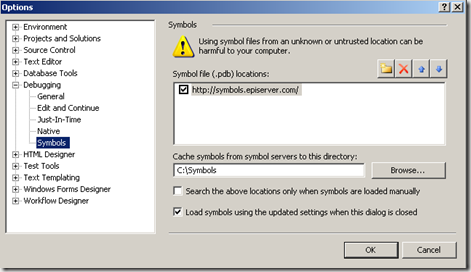 How to download the symbols for a set of EPiServer DLLs

With the symchk.exe tool, which is a part of Debugging Tools for Windows, you may obtain the symbols for a set of DLLs on your local machine. This is how you can download the EPiServer symbols for a web application.

A typical AlloyTech bin folder looks like this just after the installation: 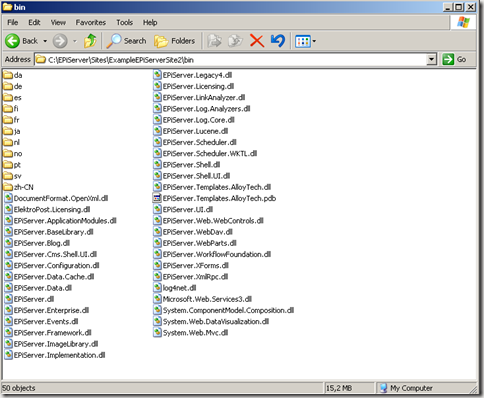 Using the symchk.exe tool, the symbols are downloaded from EPiServer’s symbol server to the current folder.

After the command has finished executing, the bin folder of the site have been populated with PDBs for all binaries that matched a symbol on our symbol server. 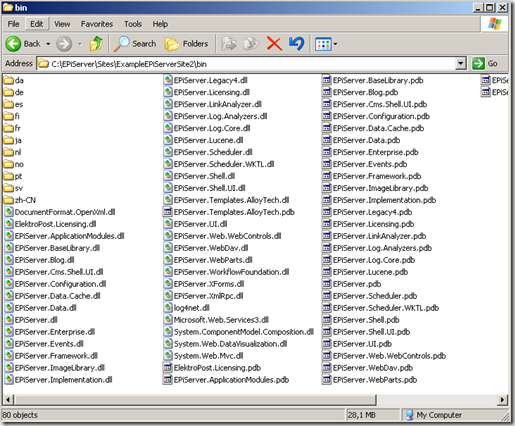 Usually, you configure WinDBG’s symbol search path to include Microsoft’s Symbol Server. You may add EPiServer’s symbol store too, and search it as well as Microsoft’s symbol store. Just include SRV*C:\Symbols*http://symbols.episerver.com/ in the Symbol Search Path. Separate multiple entries with semi-colon.