Today we are releasing another update to include the Alloy demo sites in the Visual Studio extension, both the MVC and the WebForms version.

We  combined the project templates to a single option in the “New Project” dialog to avoid having too many combinations and alternatives: 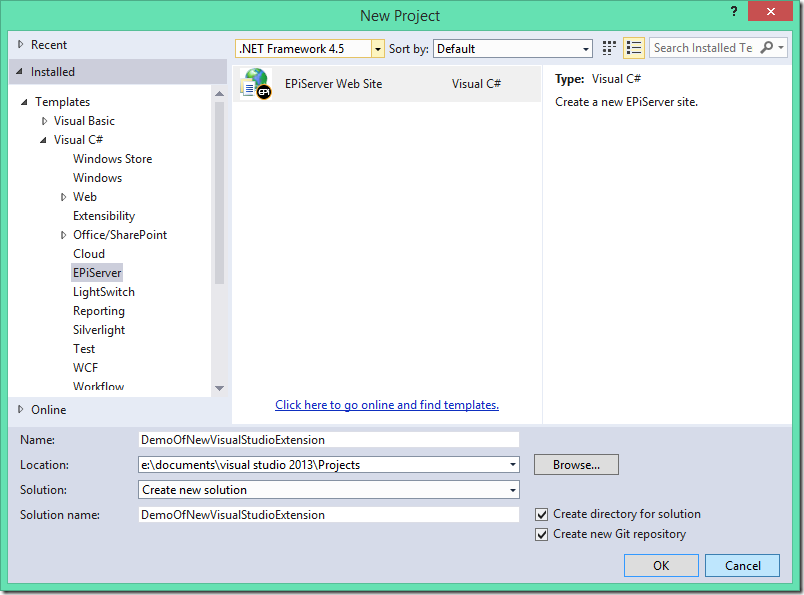 Instead we show an options dialog where you can select project templates, and a new option to add the built-in search capability (the EPiServer.Search NuGet package). 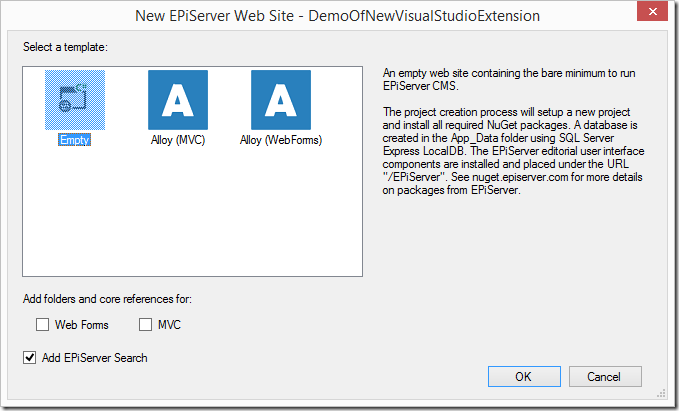 A nice aspect for sites created based on the Alloy templates is that you get custom namespaces which was not previously possible: 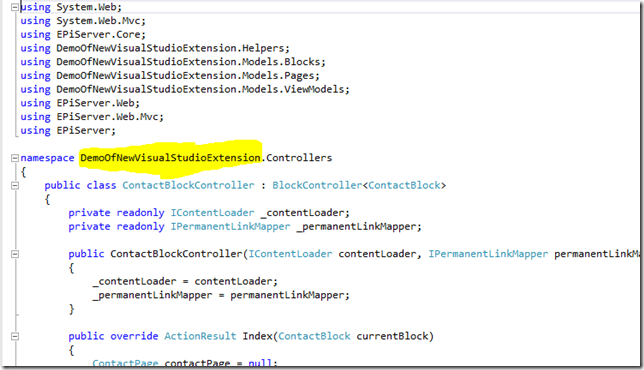 Another requested feature was the possibility to use some item templates in class libraries so we added that feature as well: 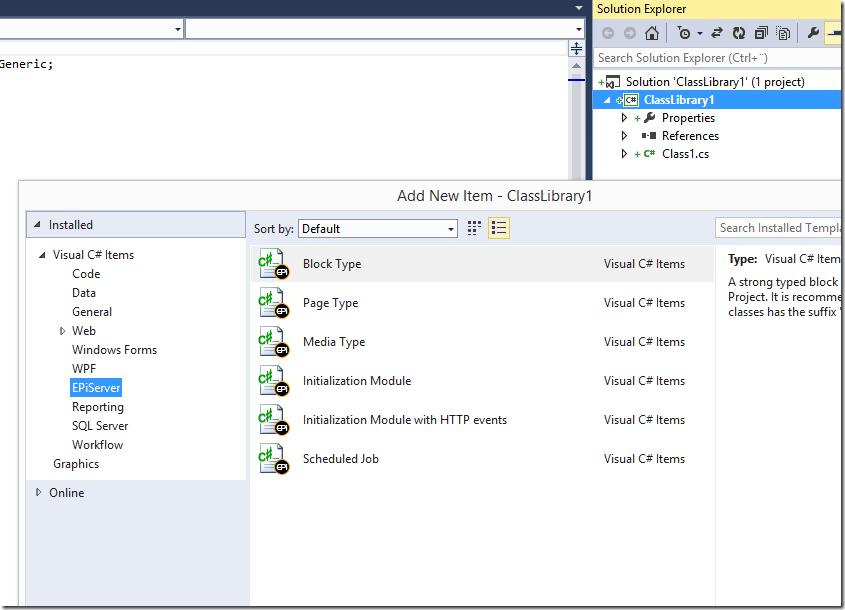 Under Tools –> “Extensions and updates” inside Visual Studio 2012 or 2013, search for “EPiServer” in the “Online”-section. Or the “Updates”-section if you already have it installed. As part of this release we are also in the process of updating the Getting Started guide and releasing an updated SDK. Release notes available on Visual Studio gallery.

This looks great..Love your colors in vs btw ;)

So no magical access to EPiServer namespace with out using usings in the templates now! =)

i am getting this error,


i used to be able to create a new site without a problem.

Janaka, that error means SQL LocalDB which runs under your account does not have access to that path. Make sure you give explicit access to that folder ("C:\EPiServer") to the account you are logged in as. Since LocalDB does not run elevated it is not enough to give access to a group such as Administrators, you have to give explicit access to the account you are logged in as. You should get the same problem when creating an ordinary ASP.NET site with a local database and then hitting F5. If this does not solve the problem please contact support.

The version you are refering to automatically picks the latest version so you would have to have only CMS 7 installed on the machine for it to work. It is probably easier to create a new web site using Deployment Center if you need to setup CMS 7.

When I created new project with alloytech content I am missing ldf file. There is only mdf file in AppData folder.

Also, I am getting the following error:

[SqlException (0x80131904): A network-related or instance-specific error occurred while establishing a connection to SQL Server. The server was not found or was not accessible. Verify that the instance name is correct and that SQL Server is configured to allow remote connections. (provider: SQL Network Interfaces, error: 52 - Unable to locate a Local Database Runtime installation. Verify that SQL Server Express is properly installed and that the Local Database Runtime feature is enabled.)]
System.Data.SqlClient.SqlInternalConnection.OnError(SqlException exception, Boolean breakConnection, Action`1 wrapCloseInAction) +92