A new major version means breaking changes - and in "2.0" we changed a lot of things:

- We completely moved to the new promotion system/new order abstraction API:s. Our vision is that's the way forward and we highly recommend you to make the move when you have chances.

- We improved multi-shipment feature. Multi-shipment was added in Quicksilver 1.4, but now it's refined and tuned for even better user experience.

- We restructured the project and refactored controllers and services to make them even more testable. More tests were also added.

- Plenty of other bug fixes and improvements. 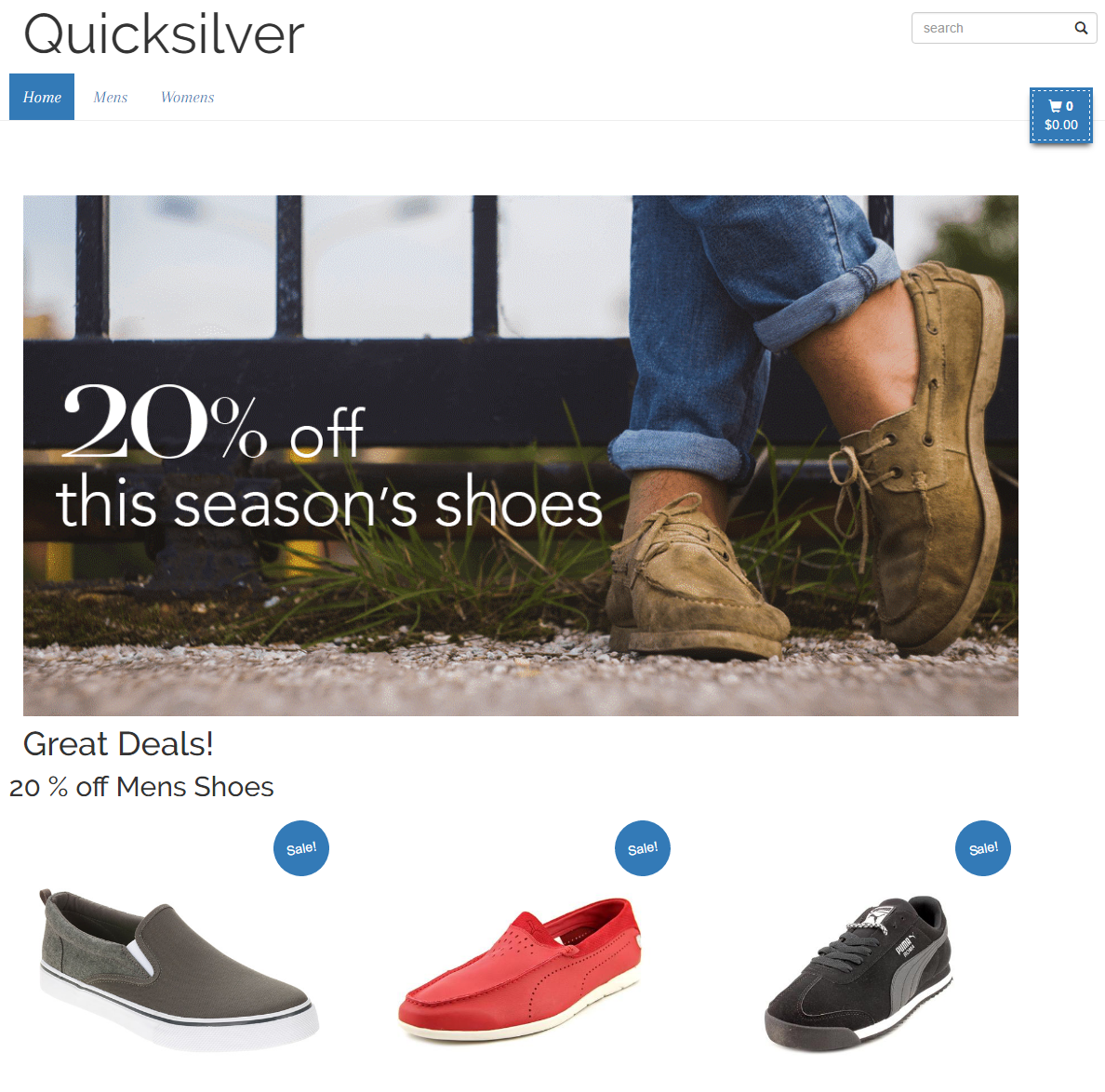 Quicksilver "2.0" is simply the biggest update to Quicksilver since it was introduced last year. Quicksilver has been a favourite sample template in Commerce developer community, and we are sure you'll love Quicksilver "2.0" even more. Download it today from Github: https://github.com/episerver/Quicksilver/

It's in the develop branch now https://github.com/episerver/Quicksilver/tree/develop

Will be shortly merged to master

Are we still able to use the Legacy Promotions system in Quicksilver?

I realise that we sohuld be moving away from it, but I've got some issues with a current implementation and I wanted to make some tests against it.  I've disabled it via Features in app.config and i'm able to create/edit promotions.  I don't seem to get them calculating as expected.  I assume the correct workflow is being used when I disable the new system?

needs to be added in both CMS and Commerce Manager site ecf.app.config.

Promotions Manager is accessible in CommerceManager, but the promotions aren't processed correctly - am I missing a setting?

@Simon Mercer: Sorry for the very late reply. Quicksilver does not use the old promotion engine at all. It only works with the new promotion system - as mentioned in the post. You can manage the promotions in Marketing UI