Api V3 has came out.

Microsoft has migrated auto translation service api from V2 to V3 in the beginning of this year.
Version 2 was deprecated on April 30, 2018 and will be discontinued on April 30, 2019 according to Microsoft announcement here
Episerver's Language Manager add-on was updated in response to that and released in version EPiServer.Labs.LanguageManager 3.3.0.
The upgraded auto translation service's name is changed to "Cognitive Service Translation" (was "Bing Translator" before) with new api endpoint: api.cognitive.microsofttranslator.com.
Microsoft also introduces service improvements in V3:

The V3 api will accept authentication key of V2, so you don't need to get a new subscription that make it easier for you to migrate to new version without breaking anything.

These updates were released in package EPiServer.Labs.LanguageManager 3.3.0. So, all you need to do is to update this package, then go to Language Manager settings change provider to "Cognitive Service Translation".
All behaviors should remain the same. 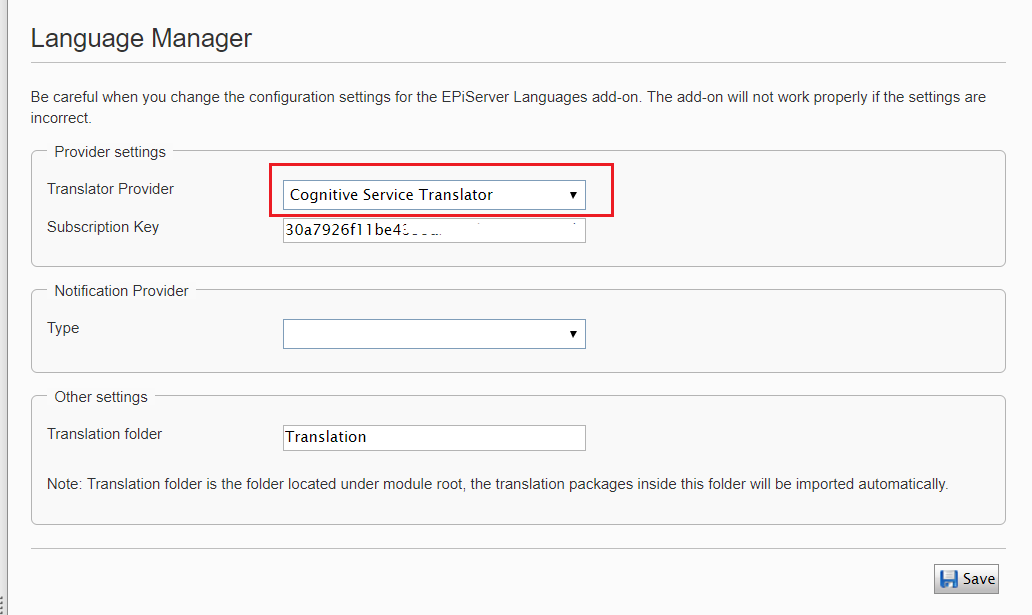 Hope you guys find this info useful. Thanks!

How to bypass the content creation view in Optimizely

Something that has come up a couple of times in the last few year is feedback from content editors about the editing view that comes up when creati...